The answers from the Blockchain Expert

In view of the upcoming official announcements on the EarthBi project developments, our IEO Advisor Marco Crotta, blockchain expert, answers some questions to investigate the issue of transparency and guarantee that blockchain technology is able to offer to companies.

In fact, EarthBi intends to offer its clients the benefit of traceability of the certified bioplastic through blockchain. 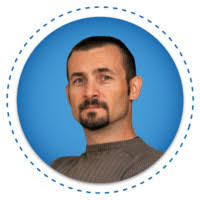 We hear a lot about the role of blockchain in business processes. How would you describe this situation?

Companies have finally started looking at the Internet of 2020. They are beginning to understand that there is a phenomenon that can no longer be ignored that will lead to a radical change in the way business is done, similar to what happened after 1990 with the Web. The parallels are stunning.

After an initial mistrust and distancing from such new technologies, invented by some nerds and which clearly break with the past, companies are starting to understand that, willy-nilly, these are bringing a change that is already at the door. They can either choose to be part of this change (like Amazon did) or to be left behind by their competitor that is already studying the blockchain.

The change we are talking about is not a trivial one: it is first of all a radical change of mentality and vision on how to communicate, on what is communicated, on what the true value is and how it moves. We are tackling fundamental points of the business and not in a soft way: they are small earthquakes that, understandably, all those who have a position to defend don’t like at all.

But pantea rei, and opposing or ignoring all this, it is a wrong move.

Blockchain changes everything, it forces transparency, the sharing of some data and the consequent responsibility on what one states. It is, therefore, a tool that rewards transparency and, in some ways, meritocracy. Not surprisingly, the firsts to benefit from it, are the small manufacturers, champions of excellence, that increased sales by demonstrating through blockchain their value compared to the giants of the trade.

Blockchain is therefore a profound change at cultural and mind level too. Many of those who oppose this change and do not accept this technology are simply not ready to change their point of view or mentality.

How much hype is the use of blockchain in business processes and how much, instead, is technology necessary?

In order for the process of blockchain data recording to be a guarantee of transparency, the blockchain itself must be transparent. The blockchain par excellence is the first one, which started everything, the Bitcoin blockchain.

This blockchain, and those derived from it, has a series of essential attributes: free, open, without central authorities, without barriers to entry, without hidden information, verifiable independently of anyone … in a word: PUBLIC.

Only that type of blockchains has a very high degree of reliability, security and can provide two fundamental features useful to the corporate world: guaranteeing the non-modifiability of the data and consequently guaranteeing a point-in-time to the information recorded in it.

There are other tools called Distributed Ledger Technology or DLT (including so called Private Blockchains) sometimes confused (on purpose?) with blockchain mostly for marketing operations. Unfortunately, these are the eye-catchers of those companies that, as we said before, are not ready to make a real transition to a real blockchain. So they opt for the sort-of-blockchain but also get to sort-of-results.

Actually, a private blockchain, precisely because of their private and non-transparent nature, cannot give all the guarantees that we have listed before for the public ones.

Take the case of the supply chain traceability. The purpose is (or at least should be) to give data to the public, to the final customer, or even just to the next company in the supply chain path.

It is clear that the recorded data must necessarily be public, independently verifiable by anyone (even and first of all by competitors, consumer associations and authorities), cross-referenced with others data, and above all immutable. If this were not the case, the value of the information would be that of a draft on a notebook.

Not only, if by design and choice, the data is written by a single person with exclusive access to a private system, or if access is provided only to a small group of companies, or if there is no way to conduct independent checks, then the intent is merely to ride the hype.

Using a public blockchain ensures transparency, the recorded data is therefore useful and brings added value. The result is a gain in terms of image and, possibly, also in market positions. And this time not by riding the fashion of the moment without having understood it (or hoping that others have not understood or studied it) rather by fully adopting and embracing the blockchain way of doing things, enjoying its fruits.

The EarthBi project will use blockchain for bioplastic traceability. What does it mean?

The EarthBi product can be either the finished product of a supply chain or an intermediate semi-finished product. It will be possible to track each lot and know quantities, origins, destinations. This brings many direct and indirect benefits, especially for customers and consumers.

Let’s take a toy manufacturer. By purchasing the raw material from EarthBi it will have a series of certifications, and may use them as a start point to which add further certifications about its toys. A QR Code attached to the product packaging (or other tagging system) will allow the consumer to receive a series of information on what he is buying.

The more complete and detailed the documentation is, the more guarantees are given.

What are the advantages for a client buying the EarthBi bioplastic certified on blockchain compared to competitors?

Let’s start with the main purpose: to fight plastic waste pollution by providing an alternative that has no impact on the environment and that can replace the current petroleum-based plastics. To achieve this, it is necessary that as many producers as possible convert to the use of bioplastics and abandon the polluting synthetic polymers.

This change is practically painless and immediate for any manufacturer.

However, there still is a small effort for companies that need a more direct and immediate motivation as could be the increase in sales. In this sense, EarthBi can be an advantage, given that more and more people are sensitized to the problem of pollution and therefore want to be able to choose a product that is less polluting or with environmental friendly packaging.

Moreover, another leverage is given by the laws that will outlaw disposable plastic in the near future, so the certification of the type of material used allows an unaltered production without the risk of any penalties.

For these two aspects to be effective, it is necessary to distinguish who uses bioplastics from those who don’t. The strongest, most transparent and binding guarantee for manufacturers is today represented by the blockchain technology. Using the blockchain to demonstrate to the customer, the consumer and the legislator that their product really makes use of biological materials alternative is therefore a unique advantage of EarthBi, both in terms of product, legality, quality and also of brand, positioning, marketing and message.

Finally, it must be considered that the use of blockchain for the traceability of the supply chain is also an internal tool for the company. Those who equip themselves with this technology benefit from higher level insight and control over their own business, finding points along the chain where they can make improvements.

Graduated in Marketing and Communication, Stefania is an explorer of innovative opportunities. She started out as a Sales Assistant for e-commerce, and in 2016 she began to develop a passion for the digital world, initially in the Network Marketing sector, where she discovered and became passionate about the ideals behind Bitcoin and Blockchain technology, which lead her to work as a copywriter and translator for ICO projects and blogs, and organize introductory courses.

Introduction to Smart Contracts and their applications 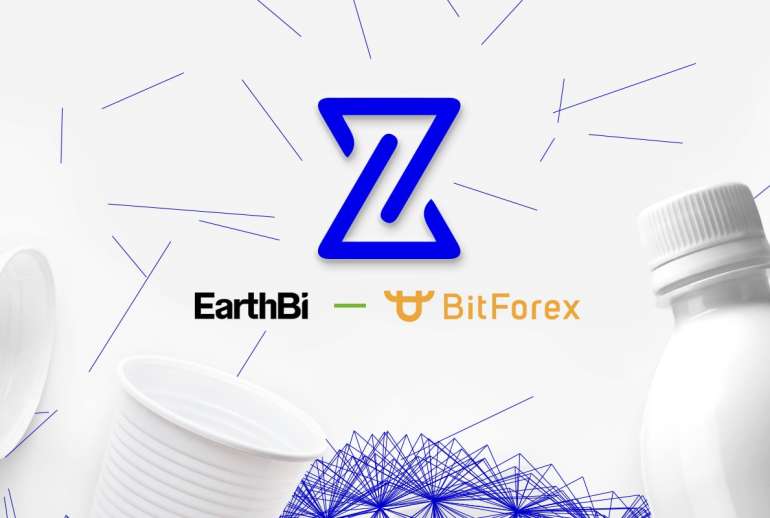 Bioplastic fascinates all sectors, even banks