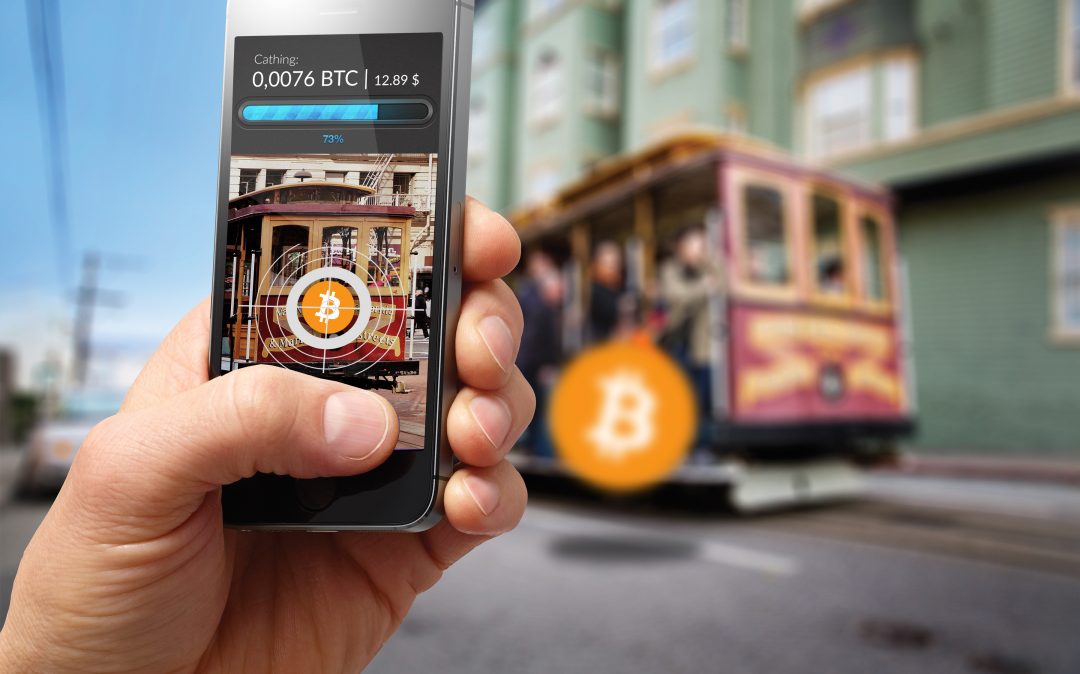 Augmented reality, single and multiplayer, you fight and there is the possibility to subtract (let’s say steal) tokens from other players.

It is a game with challenges that let you earn tokens.

Wallen works as a wallet, as explained by Andrea Bempensante, the creative mind behind the project and former screenwriter for the Italian Le Iene Show.

When did you get the idea of a “gather and steal token” game like Wallem? And it’s also a wallet?

There seemed to be a lack of an easy and fun ecosystem to gather, discover and collect cryptocurrencies scattered in the real world. Tokens that can be transferred from the in-game wallet to a real wallet and then traded on major exchanges.

But it’s primarily a game, how does it work?

Wallem is an augmented reality Catch ‘ n ‘ Snatch. Basically, players can gather (catch) the tokens they find on the territory and steal them (snatch) from each other, using their own device in AR+ at close range. To capture others’ tokens and defend your own, you need a strategy, special items, experience and team play.

The catch ‘ n ‘ snatch is certainly an innovative feature, how does it work?

The catch is the main feature of Wallem. When a player locates a token on the map, it activates the AR+ vision to keep it in the center of its viewfinder. Once captured, it can be found in your Open Wallet. When the application is in use or working in the background, however, the value of the Open Wallet is also visible to other players who, if they are nearby, can try a snatch. Also, in this case, the game is in AR+ and you have to keep the icon of the opposing player inside your viewfinder for as long as you need. Those who are undergoing the snatch are warned by a notification and must protect their Open Wallets with special items. Or physically escape the snatch by moving away and then turning off the application.

Are there any other game features in Wallem?

The player has a series of special items that make the game easier. For example, the Radar indicates the type of tokens in the area and the total value available for capturing. The Attack Elusion blocks a snatch, the Magnetic Lazo allows you to pull tokens to your position, facilitating the capture, Invisibility makes the player invisible both on the map and in AR+ mode, the Shield protects the Tokens from other players and the most feared special item of all: The Bomb, the effect of which is to shake Open Wallets in an area and thus scatter all the tokens back into the virtual world.

How can users participate?

Joining the world of Wallem is easy and free, just download the app from the stores. With the desktop version, you can manage promotional activities like token airdrops.

What crypto can you collect?

Bitcoin, Ethereum and all tokens of new ICOs and airdrops.

How come you talk about airdrops?

Wallem is a way to get closer to the world of cryptocurrencies in a fun and safe environment. The players, gathering and collecting tokens, can discover the details of new ICOs thanks to the data sheets present in the game. Especially with Facebook, Twitter and Google banning ICO ads, even airdrops are at risk. Through Wallem ICOs can make their tokens and their projects known through the world of gaming. The airdrop of tokens within the world of Wallem is needed both to involve players and to attract audiences at special events or locations.

The game reminds me of Pokemon Go, being an interactive game with teams and challenges between users?

Yes, Wallem can be played in both single-player and team mode. The team is an element of great interest within Wallem and allows the creation of communities of players that cannot snatch among them.